Kindly refer to DRDO Newsletter (A monthly House Bulletin of DRDO), Vol. 35 No. 1, Jan 2015, page 9 which covered the news “Raising Day Celebration at DRL, Tezpur”. Copy of the same is annexed as Annexure-1.

Also refer to DRDO website drdo.gov.in with link page policies. Copy annexed as Annexure-2, it is clearly stated that LAB LEVEL AWARDS will be distributed with Approval of the Director of the concerned lab is required on their recommendations of the Lab Level Award Committee. These awards include Scientist ofthe Year Awardto   Scientist of the Laboratory with cash prize of Rs. 25,000 and Technology Group Award for Group/Team of Scientists/ Engineers/support staff with cash prize of Rs.50,000.

It is common practice in most of the Lab/Estt. of DRDO that Director never be the part of awardee group as  he himself is approving authority for approving the lab level award and due to “conflict of interest” , Director should not be one of the member among the awardees.

There was no such kind of dirty practice in DRL, Tezpur till the year 2009. Copy of Awards List for 2009 is annexed as Annexure-3, but since joining of Dr. Lokendra Singh as Director, DRL, Tezpur a new unethical and corrupt practice started at DRL by which Dr. Lokendra Singh took two Technology Group Award for the year 2010 and 2011. Copy annexed as Annexure-4.

But ethics, morals and integrity was kept on one side by greedy  Directors Dr. Lokendra Singh (Bio digester Man of DRDO) Ex -Director, DRL, 2010-28 Feb 2012) and   Dr. Vijay Veer (Director , DRL, Tezpur from 01 March 2012 – Till Date) when both these Directors started to take Technology Group Award for himself along with contribution in price money.

In the year 2014, Dr. Vijay Veer, Director, DRL, Tezpur himself approved his name for Technology Group Award and Dr. I. Baruah; Scientist ‘F’ himself recommended his name while he was member of Committee for selection of lab level award for the year 2014. Copy of the letter dated 03rd November 2014 itself discloses the whole story.

Sir, the issue is concerned with misuse of power for financial benefits, greediness, degradation of ethics and violation of DRDO policy for awards by Dr. Vijay Veer, Director, DRL, Tezpur.

Therefore, it is request you to issue orders to withdraw Technology Group Awards for the year 2012, 2013 and 2014 from Dr. Vijay Veer, Director, DRL, Tezpur and Dr. Lokendra Singh Bio digester Man of DRDO, both should be ordered to deposit the public money received in these awards to Government account.

Sir, DRDO scientists are great to do exemplary manipulations and misinterpretation of GOI rules for their personal benefits. 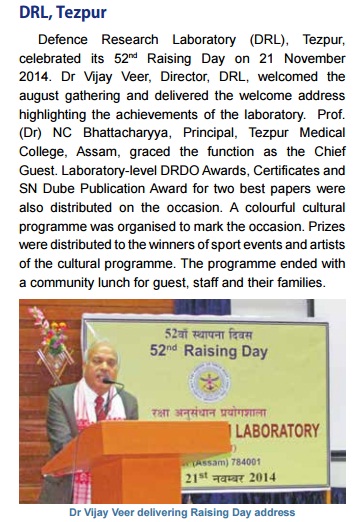 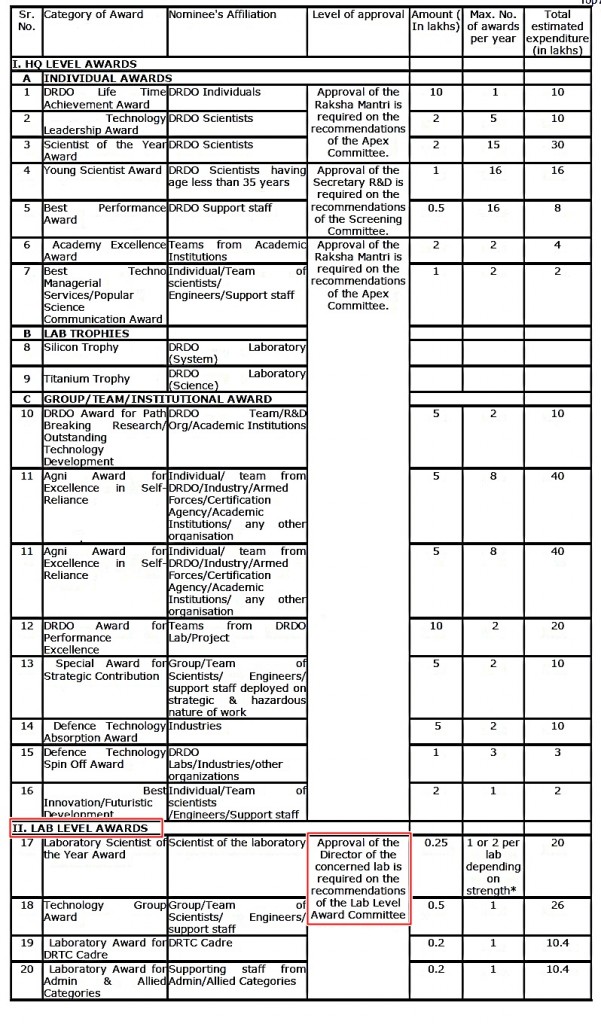 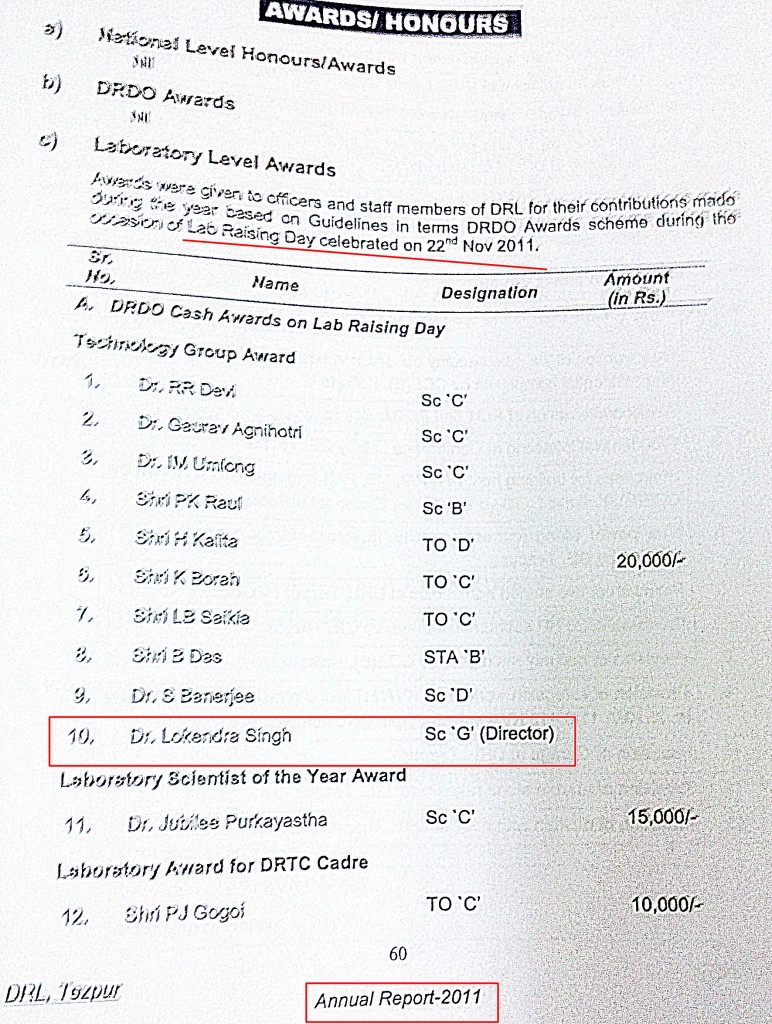 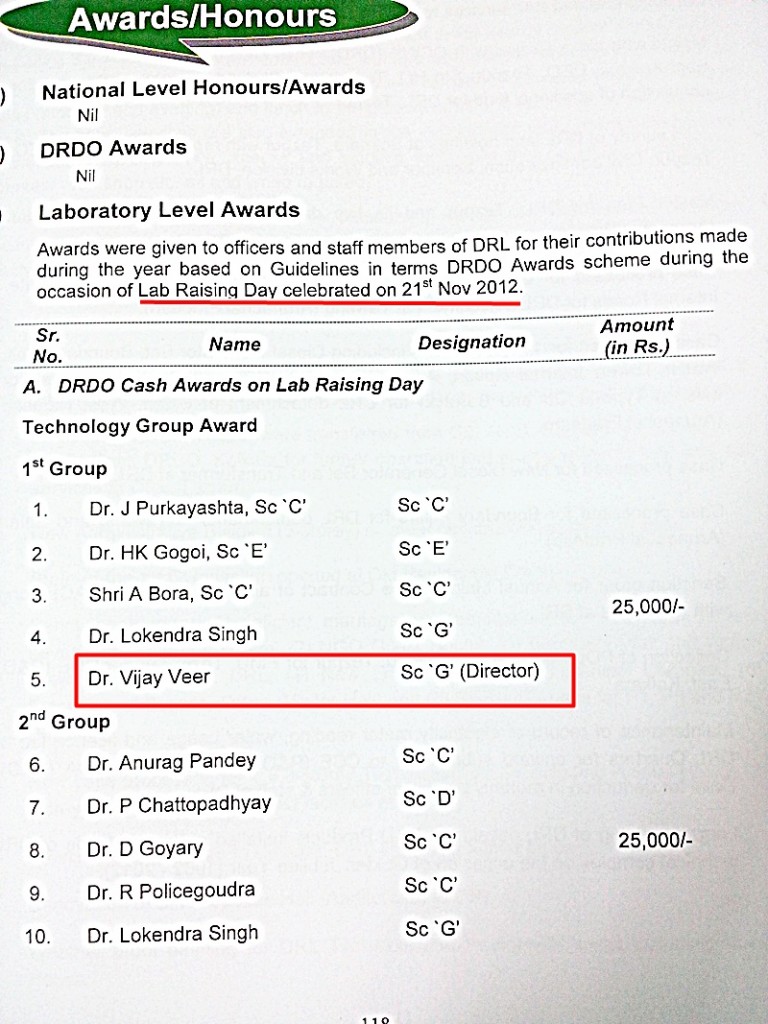 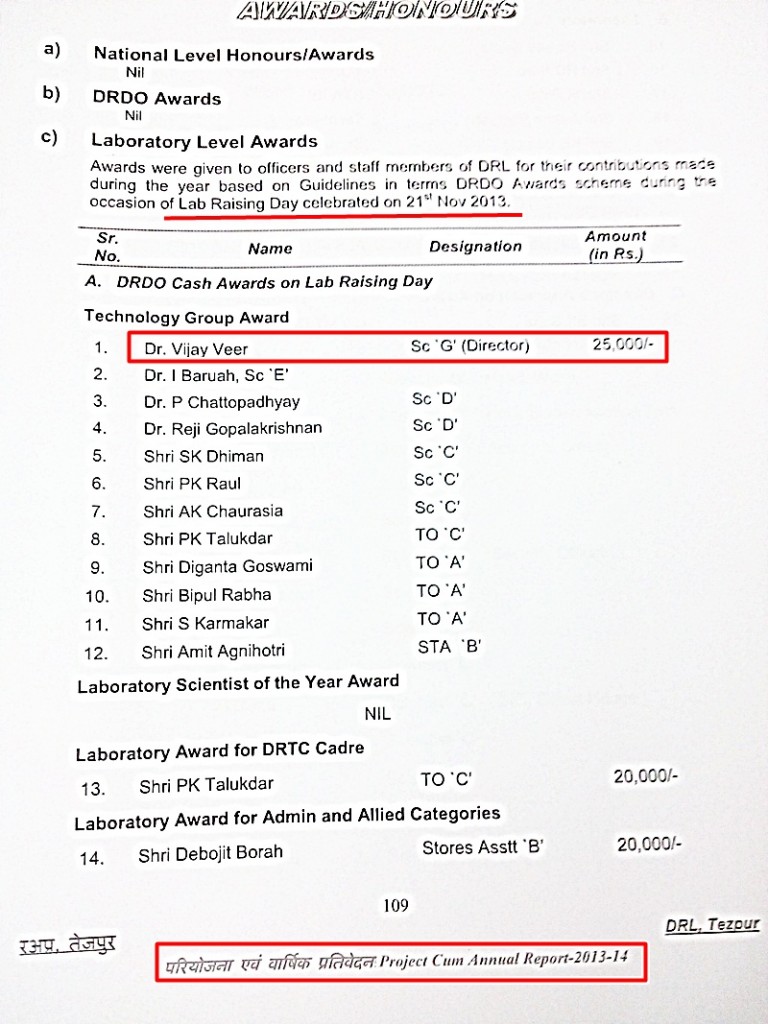 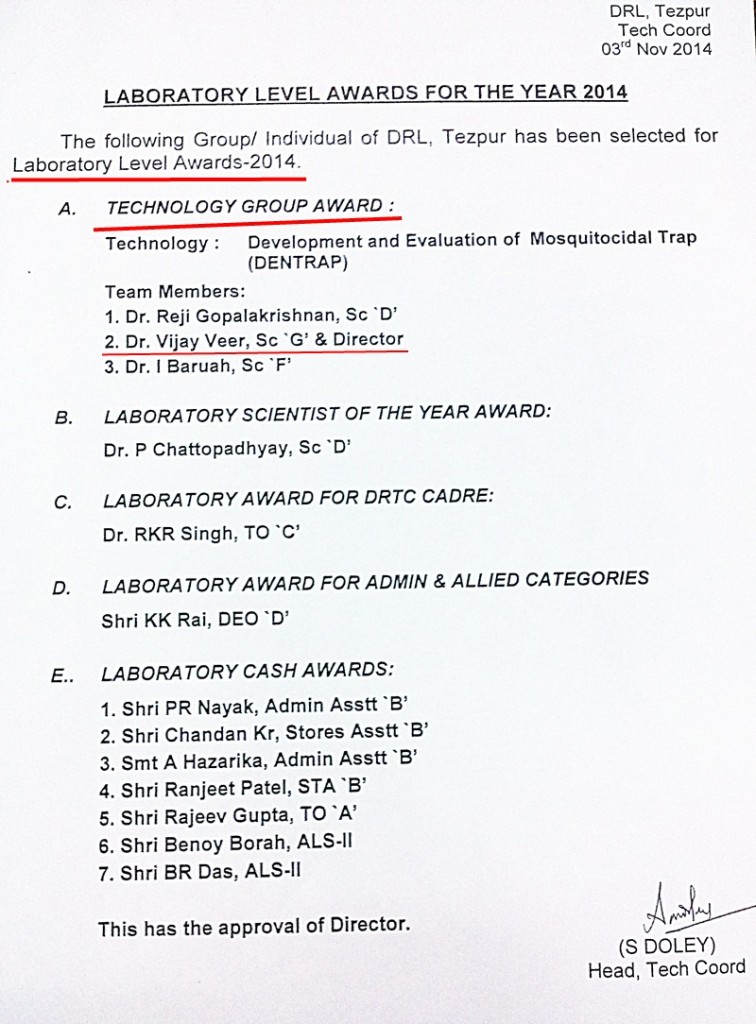