You are here: Home / Drdo / How DRDO respects CIC orders- Case – I

2. It is the appellant’s contention that Ms. Geeta, daughter of Dr. W. Silvamurthy, former Director, DIPAS, DRDO, New Delhi, was selected as Scientist ‘c’ in 2004. It is his allegation that said Ms. Geeta was not qualified to be selected as Scientist ‘E’ as she did not hold the Ph.D degree at that time. He also alleges that she obtained the Ph.D. Degree from Bharathiar University, Coimbatore, in an irregular manner. In this connection, vide RTI application dated 7.10.2011, the appellant had sought information on 05 paras. This was responded to by the CPIO vide letter dated 2.11.2011 wherein he refused to disclose any information on the ground that DRDO is an exempted organisation.

4. Shri Mishra submits that he has not received a copy of the appeal memo and, therefore, it is not possible for him to respond to it off-hand. Besides, he also submits that Chairman, RAC, had conducted an inquiry into the matter and in report dated 24.12.2010 had held that the process of recruitment was in order. The Commission cannot comment on the validity of allegations made by the appellant. Even so, in my opinion, the requested information cannot be denied to the appellant only for the reason that DRDO is an exempted organisation. In fact, transparency demands that the records relating to the inquiry conducted by Chairman, RAC, are allowed to be inspected by the appellant or his representative. I order accordingly.

5. This order may be complied with in 04 weeks time.

Authenticated true copy. Additional copies of orders shall be supplied against
application and payment of the charges, prescribed under the Act, to the CPIO of this
Commission. 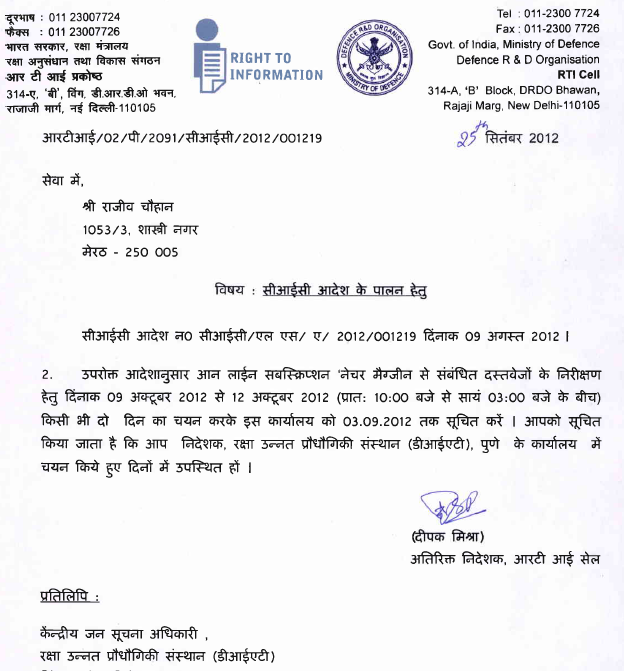 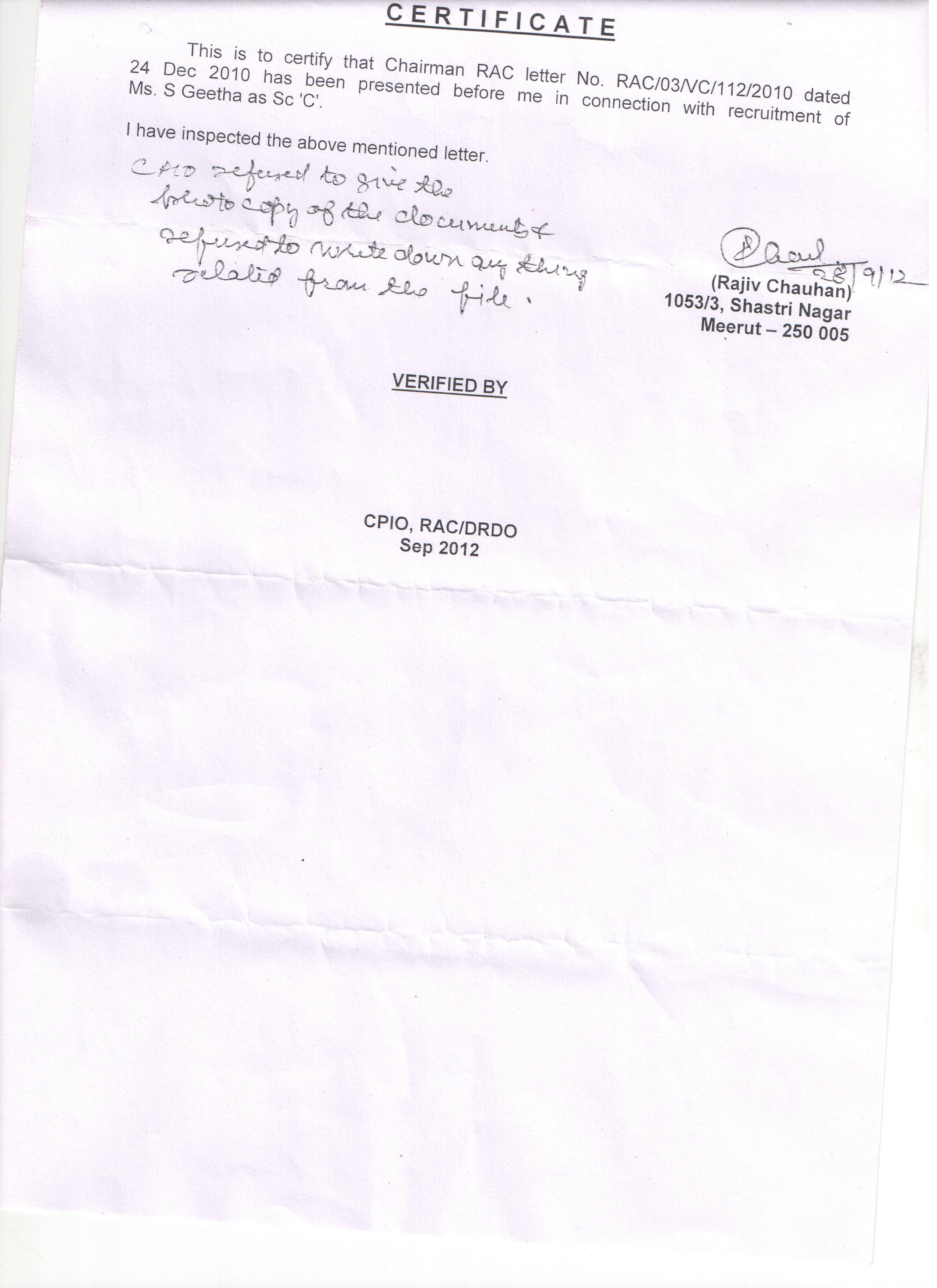