You are here: Home / Drdo / Parrikar to separate roles of DRDO chief and scientific advisor

Shishir Gupta, Hindustan Times, New Delhi| Updated: Mar 21, 2015 00:53 IST
Defence minister Manohar Parrikar has decided to bifurcate the job of secretary (Defence Research and Development Organisation) and scientific advisor (SA) to the minister with the latter now expected to oversee research and development and push the DRDO to a world class level for military technologies. 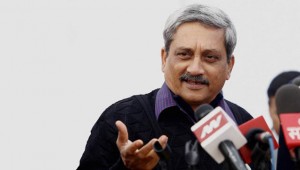 Former DRDO secretary Chander, who 11th SA to the Raksha Mantri, demitted office on January 31, 2015. South Block sources said while Parrikar has short-listed a panel of around eight young defence scientists for the DRDO job, he plans to bring in an advisor who will be tasked to advise him on the technological and hardware requirements of the armed forces as well as to help enhance technologies for the DRDO laboratories.

“How can SA to RM and DRDO chief be the same person? The job of the former was to keep an eye on the latter working. This is perhaps why the DRDO has lagged behind in developing world class defence technologies and all its major programmes are behind schedule,” said a senior official.

While Parrikar is currently informally advised by retired military officials on requirements of the armed forces, the 12th SA is expected to review the working of the DRDO and fix accountability and time-lines on development of critical technologies. The next DRDO chief will be one of the defence ministry secretaries with three other secretaries as his colleagues.