You are here: Home / Drdo / Many BrahMos staffers have official data on personal devices:ATS FIR 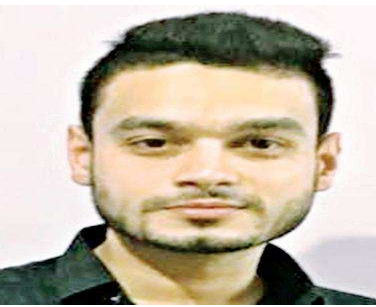 Nagpur: Anti-Terrorist Squad (ATS) investigators grilling Nishant Aggarwal have reported that the BrahMos Aerospace systems engineer confessed to having copied data related to the missiles from his senior colleague Alan Abraham’s computer, when he was still undergoing training in the organization.
The First Information Report (FIR) registered by Uttar Pradesh ATS was accessed by TOI. It says Aggarwal told investigators that he had copied the data from the official computer of his colleague around four years ago, without his permission. The person from whose computer the data was downloaded was posted at the Hyderabad facility of BrahMos Aerospace, where Aggarwal was undergoing training. The person has now quit the job and is pursuing a research project in Canada.
Aggarwal had just joined the organization four years ago, and was posted at the facility in Nagpur before arrested three days ago.
The FIR says Aggarwal confessed that he had copied the data without his colleague’s permission. However, he has also named close to a dozen other colleagues, who, he claims, have even more sensitive data stored on their private computers as wel. the designations of these colleagues include his peers andeven seniors.
However, Agagarwal had no answer to how official data, which was supposed to remain a secret, reached his personal devices pertained to mution of war, supersonic BrahMos cruise missiles.
The FIR further says that apart from storing the details in in personal devices, Aggarwal also had links with two Pakistani Intelligence Operatives (PIOs).They were in contact with him through fake Facebook (FB).accounts in the name of Neha Sharma and Pooja Ranjan.Aggarwal did not reveal anything on how did he got in touch with the two persons on Facebook.Their e-mail IDs have been traced to Pakistan, said the ATS.
Meanwhile, it is learnt that among the papers seized by ATS from Nishant’s computers is a user manual of the missiles supplied to the Indian Navy. The manual is, however, supposed to be 10 years old,and a routine document each engineer has for his reference.Much changes have been made to the system since then, said sources.
Sources said it was sometime during 2011 that such information was provided in soft copy to a number of BrahMos Aerospace employees for reference.Even this was supposed to remain in official computers only.After that, software that does not allow data to be copied or altered has been put in place.
Sources say the investigations began after an IAF officer was held on similar charges early this year. It was found that Neha Sharma was a Facebook friend of this officer too. An army officer at Jabalpur too was under scanner.
The FIR mentions that the PIO agents using fake names had been extracting information from top officials of important defence establishments of the country. Their tactics included honey trapping and even blackmailing and bribaery.
IN A NUTSHELL
Colleague from whose computer Aggarwal copied data was posted at Hyderabad, Aggarwal was trainee at that time.Colleague has quit job and is now pursuing research at Canada.
Aggarwal named a dozen other colleagues who have official data on their computers.
ATS FIR says two Pak operatives — Neha Sharma and Pooja Ranjan – had befriended many defence officials.
Honey-trapping, bribery and blackmail were tactics to glean information.