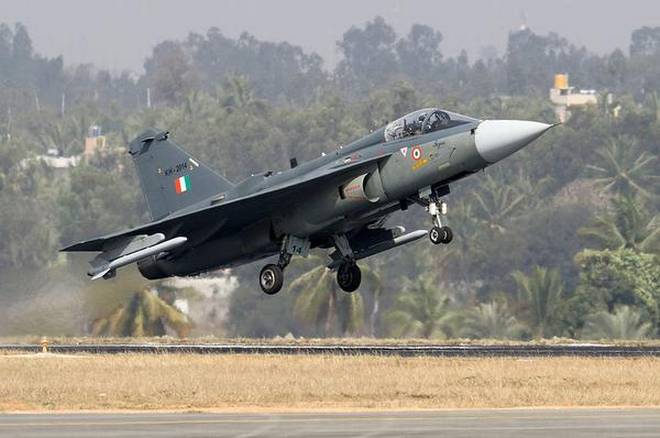 Slow takeoff: The development of the Tejas-Mk 1A with specific enhancements has been delayed.

To prevent time and cost overruns, the IAF will soon have effective control over India’s indigenous LCA programme
The government is poised to hand over control of the Bengaluru division of State-owned Hindustan Aeronautics Limited (HAL) to the Indian Air Force (IAF). This is to prevent more time and cost overruns on the indigenous Light Combat Aircraft (LCA) project. This comes at a particularly crucial time as the next phase of the LCA project, development of the MK2 variant, as well as the country’s next fighter aircraft programme, the Advanced Medium Combat Aircraft (AMCA), begin to take shape.

“The government has given the go ahead to hand over the entire Bengaluru complex of HAL to the IAF. With this, the fixed wing aircraft division will come under the IAF. The modalities are being worked out,” an official source told this reporter of the process that may take a few months.

HAL resists
HAL manufactures and assembles a range of aircraft and helicopters. However, it has faced criticism for its time and cost overruns and lack of professionalism in project execution. HAL has opposed this move for a long time, fearing erosion of its autonomy.

The LCA programme was sanctioned in 1983 and the aircraft made its first flight in 2001. The IAF had signed two contracts with HAL, one for 20 aircraft in the Initial Operational Clearance (IOC) configuration signed on March 31, 2006, to be completed by December 2011, and another for 20 aircraft in the Final Operational Clearance (FOC) standard signed on December 23, 2010, which was to be completed by 2016. It is in the process of ordering 83 jets in the Mk 1A configuration.

The IAF constituted the first LCA squadron with just two aircraft in 2016 and, as of July 2018, has inducted only nine aircraft. Tejas has once again missed the FOC in June and the development of the Tejas-Mk 1A with specific enhancements has been delayed. With this development, HAL’s aircraft division will be headed by a serving three-star officer or an Air Marshal of the IAF, and effectively give the IAF control over the country’s indigenous LCA project.

In addition, three institutions — Aeronautical Development Agency (ADA), Aeronautical Development Establishment (ADE) and Gas Turbine Research Establishment (GTRE) — which are under the Defence Research Development Organisation (DRDO) are likely to be brought under the direct control of the Chief of the Air Staff. Thus, the entire development cycle of the LCA will have the IAF’s oversight and will ensure timely execution and prevent blame games over delays, the source observed. Details of the specific contours of the move are awaited.

‘Long overdue’
“The IAF should have taken over the LCA programme two decades back, but [it is] good it’s happening at least now,” said Air Marshal M. Matheswaran (Retd), who oversaw the IAF’s fighter procurement in the past. He felt that to make a real difference, the IAF should get the entire cycle under its control, from design, standardisation, production and supply chain. Otherwise, just having one officer at the helm will not change things much, he added.

“Production for 20 FOC aircraft will be taken up after FOC clearance by the ADA, for which the current target is December 2018,” Minister of State for Defence Subhash Bhamre said in a written reply in the Rajya Sabha last week.

However, a Defence Ministry official said this is likely to be delayed by another six months as several parameters like gun firing, air-to-air refuelling and new data-linked software defined radios, among others, are yet to be validated. The IAF wants new data links as a standard feature on the FOC variant as communications are an essential feature for an aircraft to operate in a network-centric environment.

HAL is setting up a second assembly line to ramp up production from eight to 16 aircraft a year, in addition to outsourcing major modules to private partners.

Design reboot
The LCA is powered by an American GE-404 engine, which the IAF has stated is underpowered. This is to be corrected in the LCA-Mk2 which would be a larger aircraft powered by the GE-414 engine producing 98kN thrust compared to 84kN thrust of the current engine.

“The design change has been launched sometime back. We don’t want just some superficial changes, but a real increase in performance. The target is to meet or exceed the Mirage aircraft in performance,” an IAF official said.

To accommodate the larger and more powerful engine, which also needs more fuel, requires a larger wingspan for the aircraft. This calls for a major design and engineering effort.

“There are concerns and challenges but it is doable,” the officer noted.

The first prototype of the Mk2 is expected to make its debut flight in 2022-23, and complete the IOC and FOC approvals in the next five years. The current target is to have the first squadron ready by 2028.

The IAF intends to have several squadrons of the LCA-Mk2 as it has to replace three Mirage squadrons, three Mig-29 squadrons and six Jaguar squadrons. A squadron typically has about 18 aircraft, 16 fighters and two trainers. However, this can vary, depending on the type of aircraft and the necessity.